Tourism is one of the main engines of economic activity around the world. In Spain, the tourism sector takes up the highest ranking at international level. To continue holding the top spot, it’s essential to rely on a professional native translator with specialized knowledge in tourism and culture. 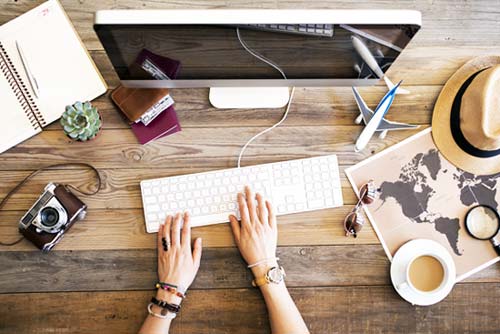 The different regions or communities in Spain can boost their economic sectors thanks to factors such as geographic location, but not only that. Tourist attractions can be promoted through heritage, culture, history festivals, local traditions and gastronomy. Similarly, specific characteristics of the Spanish territory and its technological and industrial knowledge can be promoted to make itself known.

For example, we will take care of translating your content about the most outstanding attraction of northern Spain, La Rioja, a world-famous winemaking region that attracts the attention of connoisseurs year after year. Translation for the wine sector has to live up to the product, bearing in mind that, of course, every field has its own specificities and jargon. Therefore, your project is assigned to a translator with the relevant knowledge, to guarantee the high quality, speed and above all, the perfect translation.

Specialized translators in all areas of the tourism sector

Our professionals are able to translate all types of texts and files: websites, paper or digital leaflets, guides, translation of advertising plans… Ultimately, BeTranslated can handle any of your translation projects.

We translate to and from languages of non-Latin roots such as Armenian, Greek, Hebrew and Arabic.
To request a free quote, fill our contact form or email us.

Our project managers are at your disposition. Get in touch with us today for more information or a free, no-obligation quote.